The stitches for this months Take a Stitch Tuesday had a couple of my old favourites... Feather Stitch and Herringbone.  The herringbone I've used a lot over the years in things like leaves, it just fits so well into the shapes and contours. Feather stitch is great for crazy quilting, it goes over the 2 pieces of fabric amazingly and also looks wonderful as greenery in scenic pieces or as seaweed, sea grass in ocean projects. 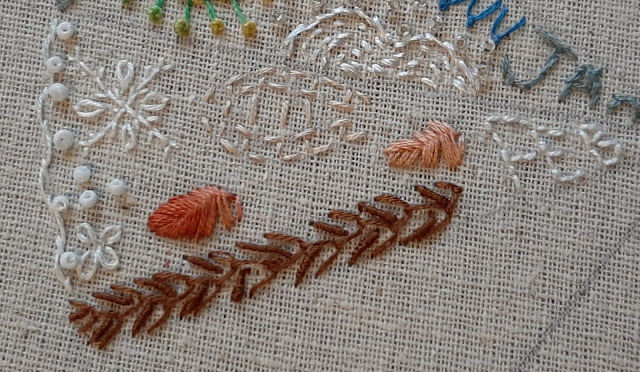 However the weather for February has definitely been either very wet or snow and ice. To put that into my TAST I wanted colours that represented the mud, the snow, the wet fields and paths that I've trodden as I take my allowed daily walk whilst in lockdown. 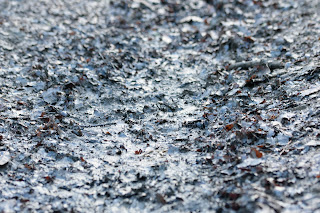 After coming home one morning and taking off my very muddy wellington boots I dug out my threads. Seeing the tracks from the tractor and peoples footprints in the very muddy field had given me an idea for the Feather Stitch.  I decided that I had to have a representation of that for this month. I didn't want the row to look even and exact so made sure the 'feathers' had different size gaps in them and then in those gaps with the same thread I put bullion knots. Some I did small and neat but others i tried to get them a bit longer and messier. It's still a bit too even for what I originally saw in my minds eye but it definitely represents to me our muddy tracks. 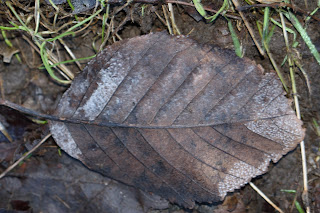 For the Herringbone I wanted to go for the Raised Closed Herringbone rather than the straight version. This way I could do some of the leaves that I saw around the woods. They were all dark, soggy and not in their original beautiful shapes. I wanted the look of imperfect winter leaves and this stitch is easy to do that with, I used a variegated thread this time to represent the different coloured leaves I saw. 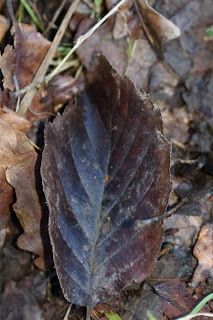 For running stitch I used a boot print that I came across, it was so clear in the mud. I also did one across the top of the segment and put white beads in to represent the snow we had in February. I also used the lazy daisy week to make a little snowflake. 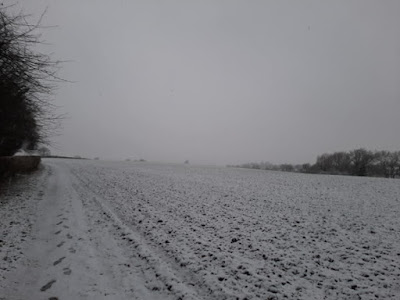 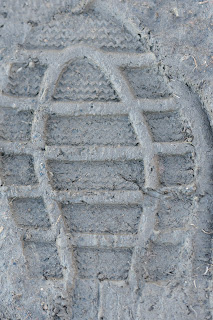 To join in head over to Pintangle where you can find previous TAST challenges or join in this years.
Embroidery stitches Stitching Take a Stitch Tuesday TAST WIP