Stitch Faster the Kids are Coming!!

By Jo - June 28, 2017
Can you believe we're nearly at the end of the school year already?  Doesn't seem that long ago that Peter moved to Y8 (2nd year seniors for some of us!), Lukie went into Y6 and Darcy into Y4. It's been a very eventful school year, some good and some not so good but the kids enjoy school so they're happy.

On the stitching front I've not done too bad. Finished a couple of pages on my HAED's, kitted up one more and half kitted up a second.  Worked hard on my CITA, getting close to finishing it now.  I had caught up on my Seasons SAL but then have fallen behind again as I secretly stitched Lukie a mini as he's mad on them.  Here are the photos...

This is how my CITA looked after I finally finished another part. 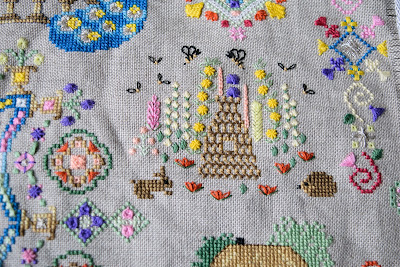 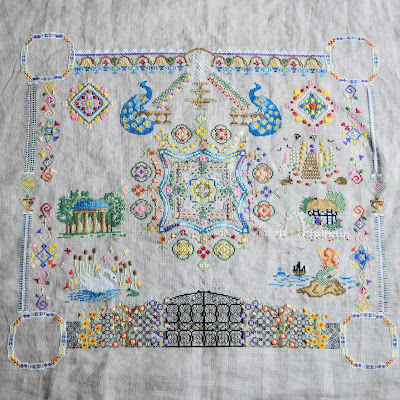 So close to finishing it now, I've started on the gap on the left hand side, it's about half done. Then just the corners, the final part at the top and then all the beading to do. Left the beading until last as I'm still unsure whether to use the same 2 colour beads as on the left hand drawn thread part or co-ordinate beads to the colours on whichever part needs them.

And here is Lukie's mini. The design is from Cross Stitcher magazine, the fabric is Summer Skies by Sparklies  I had to stitch this when the kids were at school. 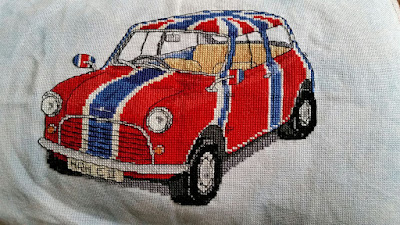 Here is my current HAED project, Smiles in My Cup, I'm stitching it for DD as she adores penguins and fell in love with it (even though I'd originally started it for myself!) I've nearly finished the page on the right hand side but won't take a photo until it's complete. Then there's only the bottom row and she's all finished :-) 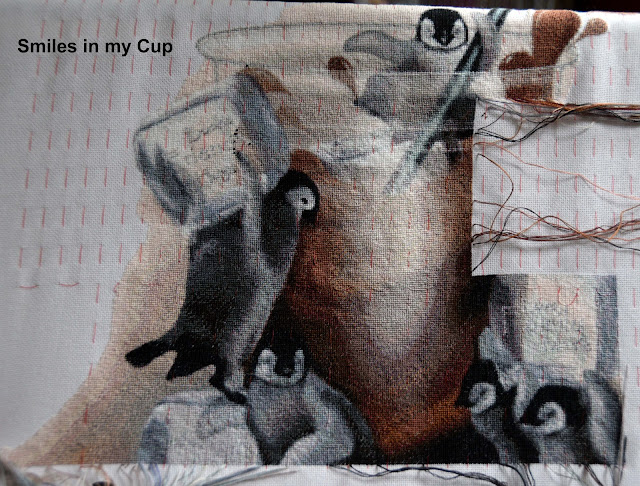 And finally here are a few pics to show what we've been up to in the last few months. Gainsborough Old Hall had a showing of the Wolf Hall costumes, Bolsover had a Clash of the Knights tournament (kids loved it, especially Boo with the weapons!!), we visit the RSPB Old Moor site a lot to watch the birds, Lukie passed his red belt in Taekwondo and did a bit of destruction as part of it and all the kids went painting pottery in the last school holidays.We also watched the British Hovercraft Championships at Rother Valley last weekend. 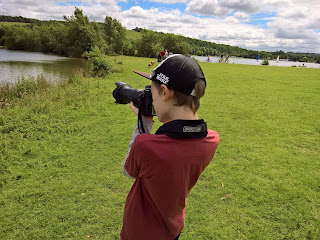 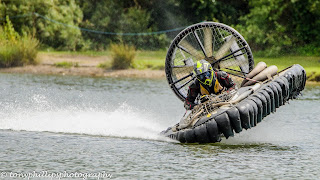 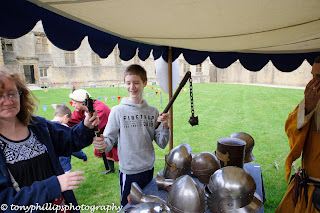 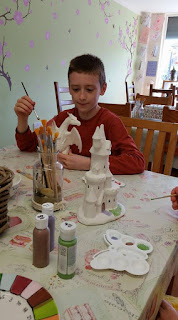 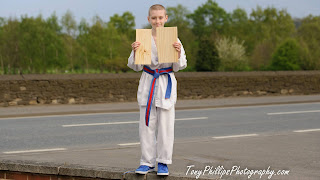 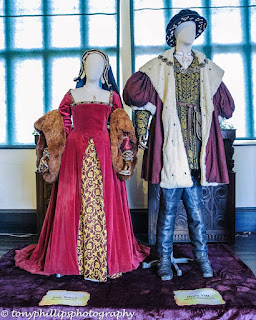 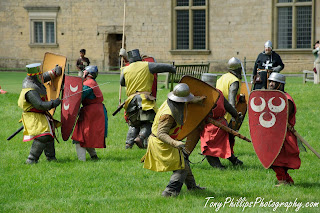