Showing posts from June, 2017
Show All

Stitch Faster the Kids are Coming!! 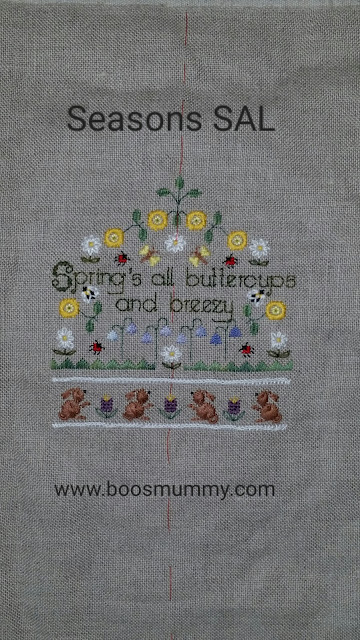 Can you believe we're nearly at the end of the school year already?  Doesn't seem that long ago that Peter moved to Y8 (2nd year seniors for some of us!), Lukie went into Y6 and Darcy into Y4. It's been a very eventful school year, some good and some not so good but the kids enjoy school so they're happy. On the stitching front I've not done too bad. Finished a couple of pages on my HAED's , kitted up one more and half kitted up a second.  Worked hard on my CITA, getting close to finishing it now.  I had caught up on my Seasons SAL but then have fallen behind again as I secretly stitched Lukie a mini as he's mad on them.  Here are the photos... Seasons SAL by Bee's Needleworks Stitched on 28ct Strength by Heaven and Earth Designs Stitched on 25ct 1x1 Courage by Heaven and Earth Designs Stitched on 25ct 1x1 This is how my CITA looked after I finally finished another part. So close to finishing it now, I've started on t
2 comments
Read more
More posts