By Jo - May 26, 2016
Have you ever felt that some weeks just shoot by and before you know it you're back on Sunday and think "what happened?"  That's happened to me quite a few times in the last couple of months. We've had quite an eventful few months that has included me getting some stitching done and lots of books read. Stitching first I think....
A Heaven and Earth design that I did choose to stitch for me but unfortunately didn't specify this to Darcy who has now put her name on it!! It's a fun stitch and I've really enjoyed working on it, haven't done much in the last 6 weeks though as I've been working on another HAED design called Strength, this is a storykeep though and I've used it for the challenge on the HAED facebook group. 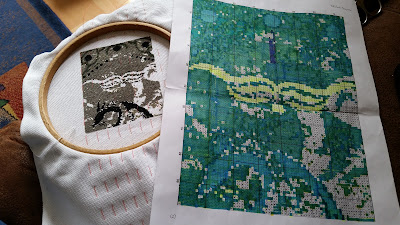 The sister design Courage has also been worked on, this time it was for challenge 1. I had hoped to use it for challenge 2 but I needed a full page, fingers crossed on challenge 3 I'll be able to pick it back up. 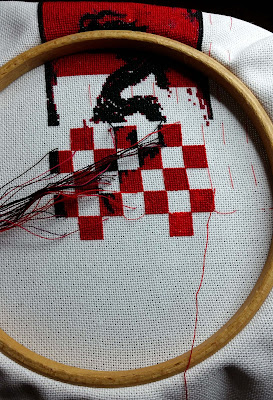 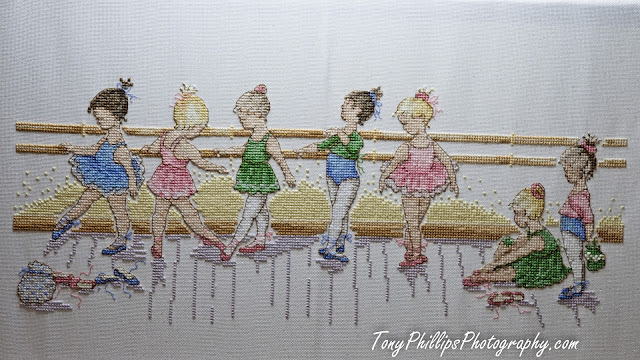 A couple of smalls, one was for Lukie and one that I'd had in my stash for ages. 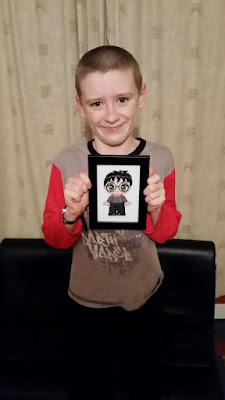 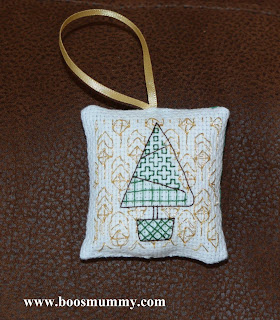 So what else have we been up to?  Here are a few photos...
The boys got these for Easter...sports swords! 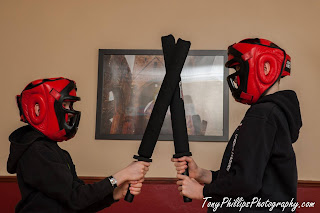 Lukie was awarded the Eco Award by his school.. 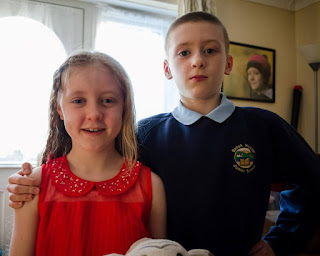 Darcy won the Sparkle and Shine award in school. She went back to full time school after Easter. She's not officially in remission yet but gets stronger week by week. She's returned to swimming lessons and it was as if she had never been away. Her teacher says she may pass her level 4 by the end of June. 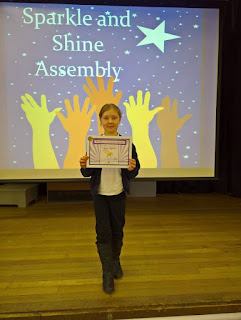 Darcy went to see the elephants that are appearing around Sheffield from June after one of her hospital appointments. They're to raise money for Sheffield Childrens Hospital, she wants us to buy one for her bedroom!! 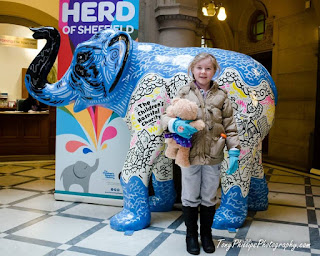 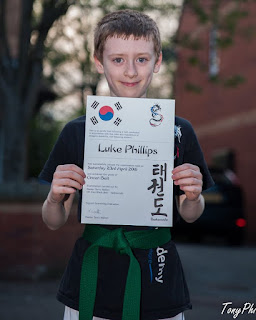 The youngest member of Dragons Academy, Sophie, had her first birthday party on the beach, here are my 3 playing with Adam and Lily (also from Academy)  It was so lovely to have the last bank holiday on the beach and Darcy being well. You wouldn't have realised that Peter broke his collarbone 6 weeks previous to this and it was the first day with no sling. It's driven him crazy not being able to train or do PE in school lol! He's now back up and running although I've refused to let him into fight class until June just to make sure. 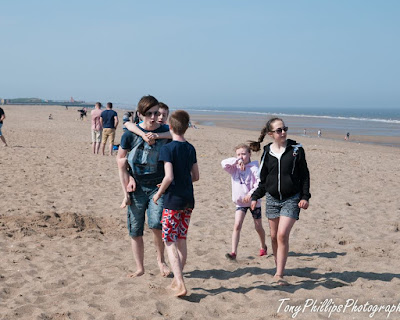 Tony has the week off with the kids next week so fingers crossed we'll get out and about.  Then he's off to a car show at Silverstone, followed by hovercraft the following week.  Me?  When I get chance to stitch I do but otherwise I've got lots and lots of reading done thanks to sitting in the car or at clubs for hours on end....the joys of having active kids :-)