By Jo - July 24, 2015
Following on from Richard the Lionheart is King John.  We have all seen John portrayed as the "bad guy" in numerous films/books about Robin Hood or King Richard's crusades. 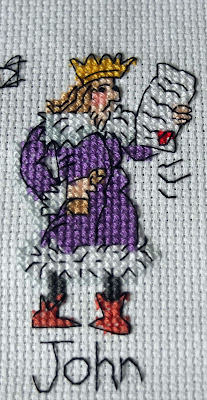 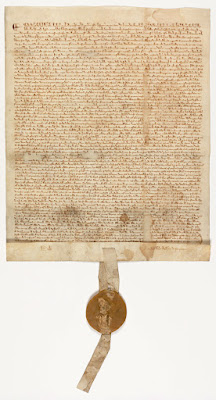 Unfortunately John claimed the document was signed under duress, Pope Innocent took his side and a bloody civil war carried on. During this time John laid waste to the Scottish border and the northern counties. At the barons request Prince Louis of France invaded and the civil war continued until Johns death in October 1216. His death at age 49 brought the succession of his son Henry III to the throne and peace returned.
history kings and queens WIP