Showing posts from December, 2014
Show All

Kings and Queens - Richard I 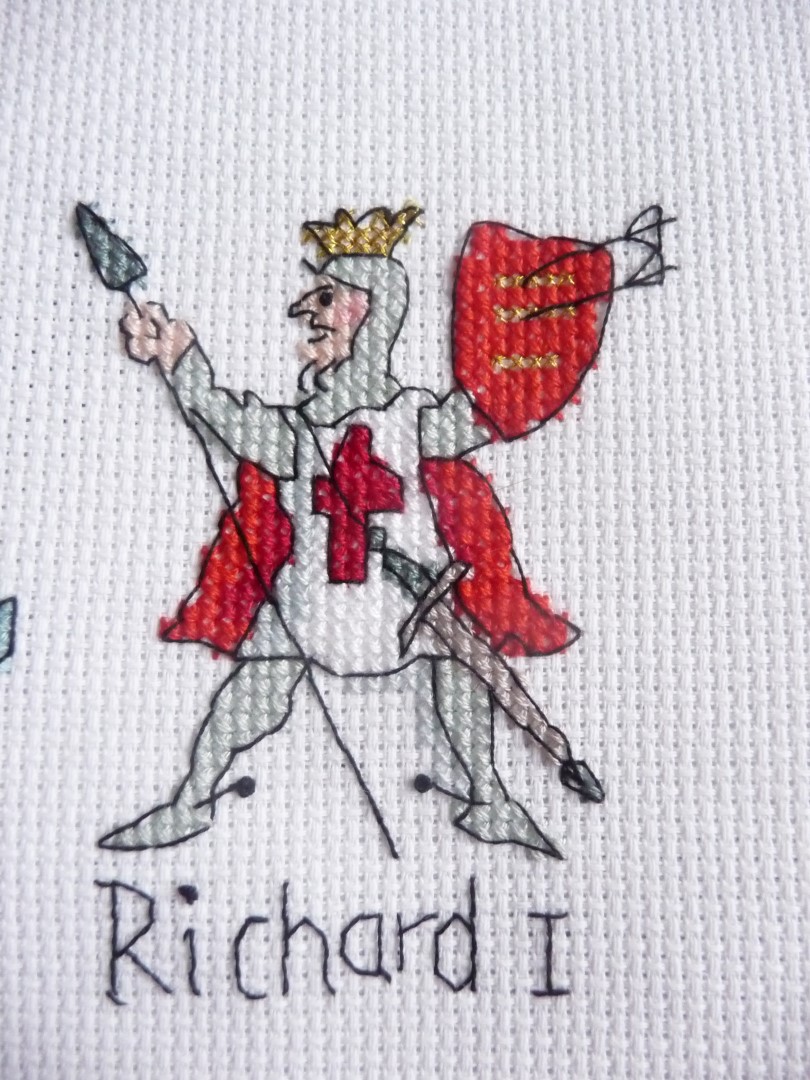 Our next monarch is Richard I, better known as Richard the Lionheart. Kings and Queens by Bothy Threads Richard was born on 8th September 1157 in Oxford, England. He was the son of Henry II and Eleanor of Aquitaine. Like his brothers Richard fought against his father in 1173. In 1183 Richards brother Henry died leaving him heir to the throne.  Henry had wanted to give Aquitaine to his son John but Richard disagreed and joined Phillip II of France in 1189. It was this rebellion against his father that lead to Henry II dying in France in July 1189. Richard then ascended to the English throne but although he was king for 10 years he only spent 6 months in England.  Richards ambition was to join the Third Crusade to the Holy Land. He sold Sheriffdoms and other high offices in order to finance this crusade, in 1190 he set off and landed in the Holy Land in June 1191. Richard came close to the crusade's main objective, Jerusalem but it continued to elude him. Quarrels amongs
3 comments
Read more
More posts