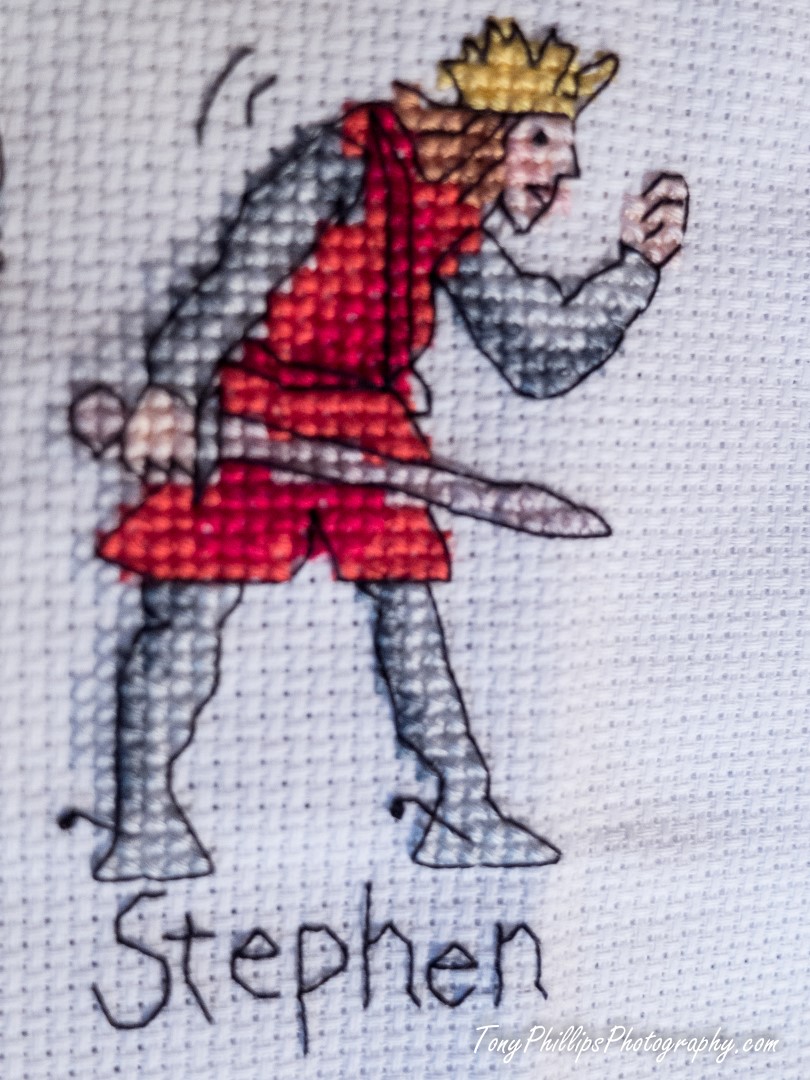 Stephen was the son of the Count of Blois and Adela, daughter of William the Conqueror. He was sent to England to be raised at the court of his uncle, Henry I. After Henry I died in December 1135, the leading lords and bishops welcomed Stephen as the new king as they weren’t comfortable with Henry’s daughter Matilda being the ruler.  Stephen was not a natural leader.

In 1138 Robert, Earl of Gloucester, took up arms on Matilda’s behalf. Stephens early victories faded when he lost the support of the church and Matilda invaded England in September 1139.  The tussle for the throne continued until Stephen gained the upper hand and in 1148 Matilda left England.

Unfortunately Stephen didn’t have much control over most of the kingdom and couldn’t enforce the law or mediate between the warring nobles. He hoped to secure the succession for his son Eustace. But Matilda’s son Henry invaded England in 1153 to claim his inheritance, Eustace died in August and under the Treaty of Wallingford Stephen agreed that Henry should be his successor. Stephen died in October 1154 and Henry then ascended the throne to become Henry II.
Bothy Threads kings and queens monarch WIP