By Jo - July 01, 2014
Why is June so joyful?  Because not only has the rain stopped but the sun has finally arrived in the UK..yippee LOL!

Here in Sheffield we've has a pretty packed month with the kids going from strength to strength not only in their activities but at school as well, obviously we have lots of photos ;-)

Peter (aka Boo) went on his school residential trip to Robin Hoods Bay from Monday to Friday, came home for 2 hours on Friday then went straight out again for his Scouts District Camp at Walesby.  Also in June Boo competed in a BTA (British Taekwondo Association) competition at Twin Tigers in Scunthorpe as part of the Dragons Academy Team. He entered into the patterns and sparring categories. Got Bronze in patterns and 1st in Sparring...I didn't watch as I don't like seeing my baby fighting LOL! More photos HERE! He's also moved onto his last level in swimming..yay! He seems to be doing well academically as well, came home last night with a certificate for his maths. Apparently he took a Y6 Maths SATs test a while ago and did well so hopefully that bodes well for when he's in Y6 next year. 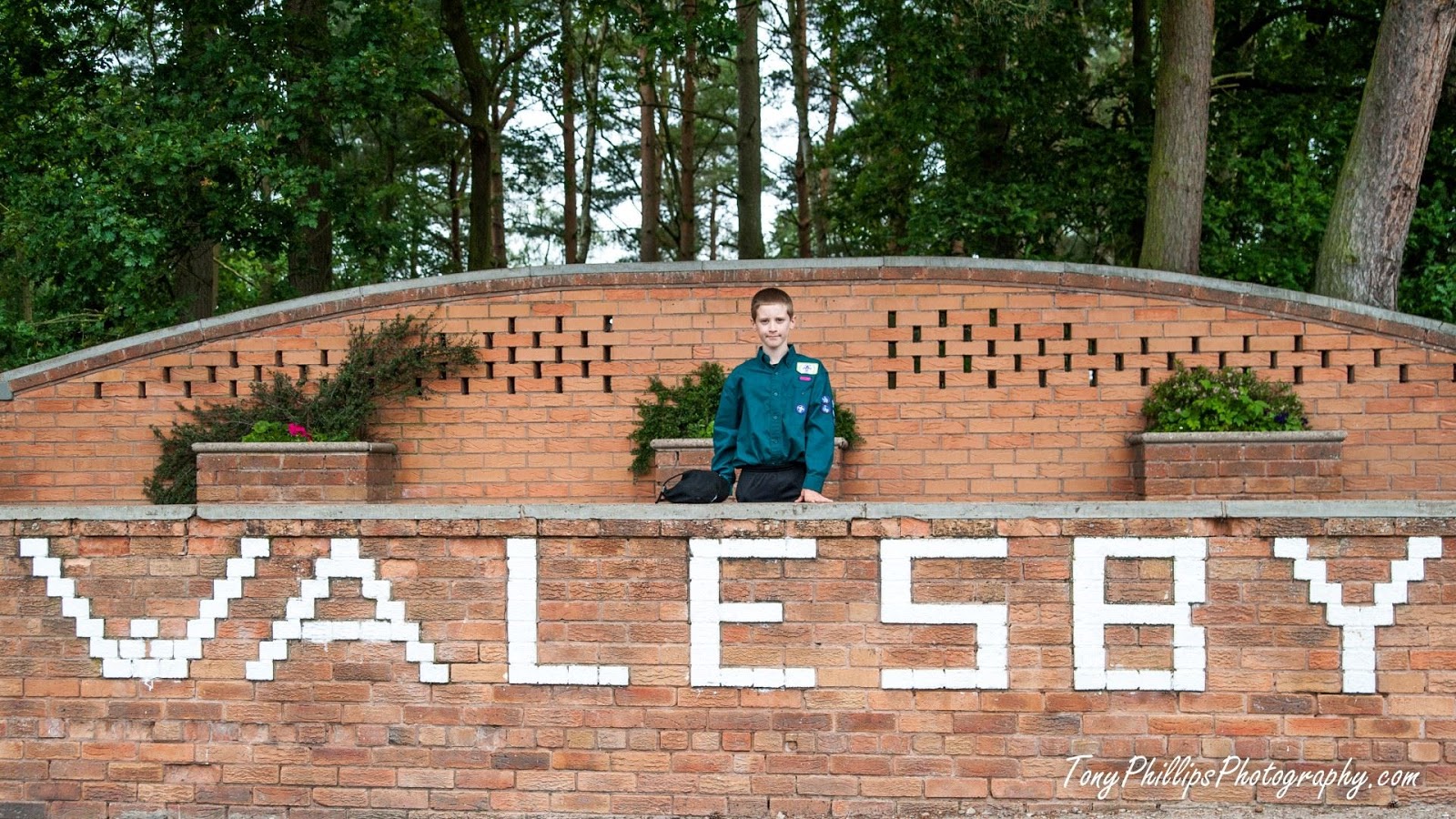 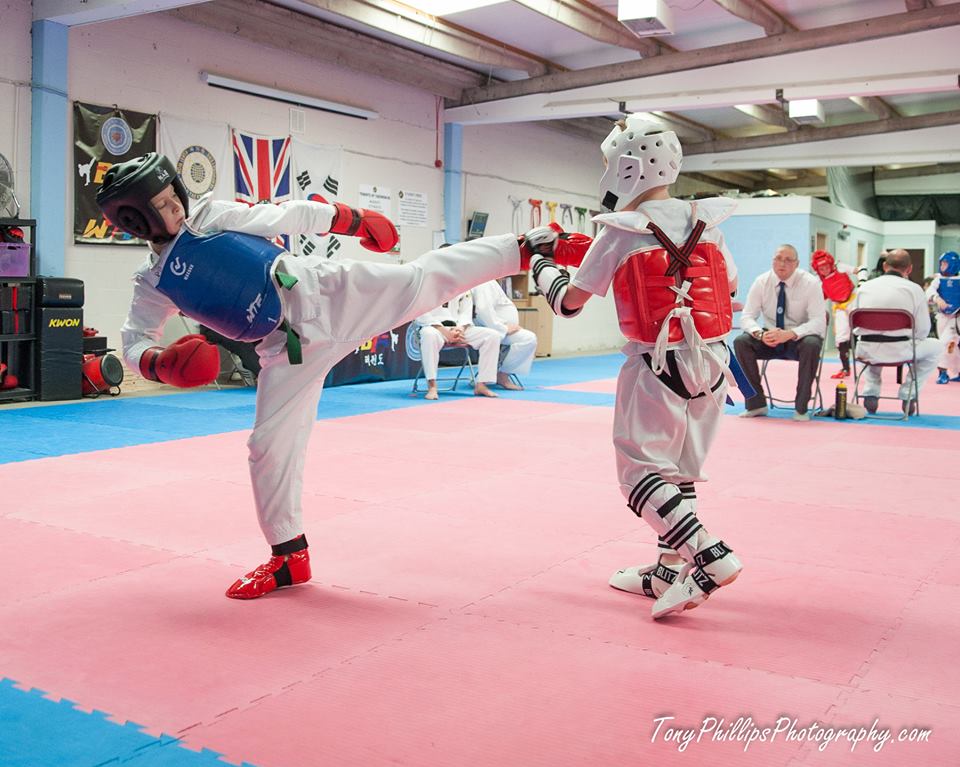 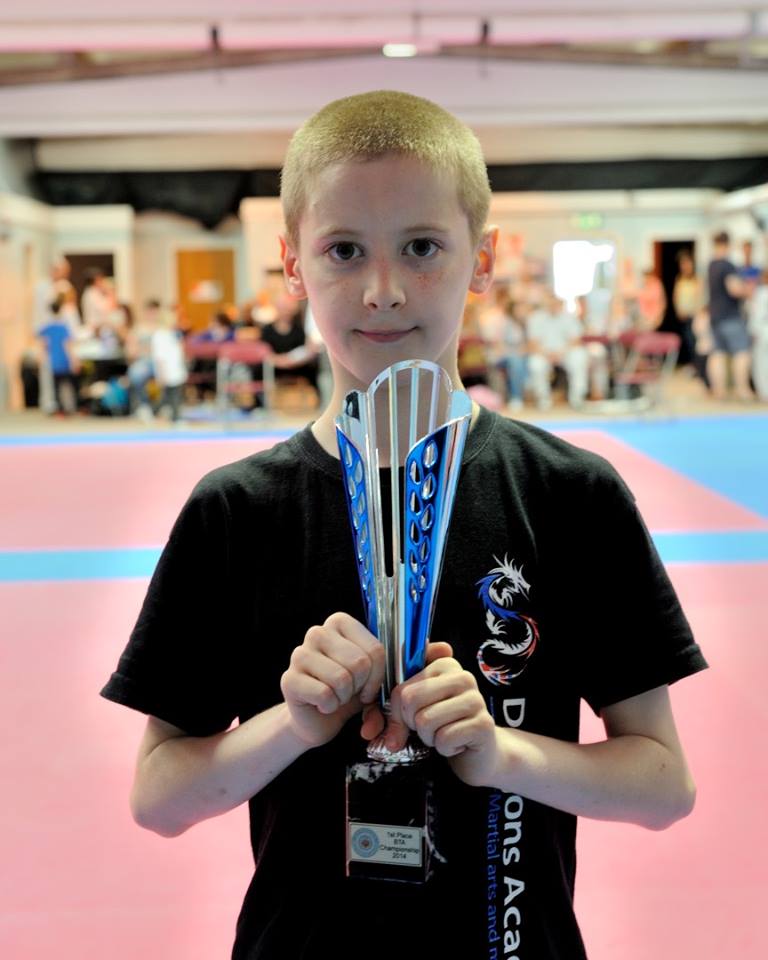 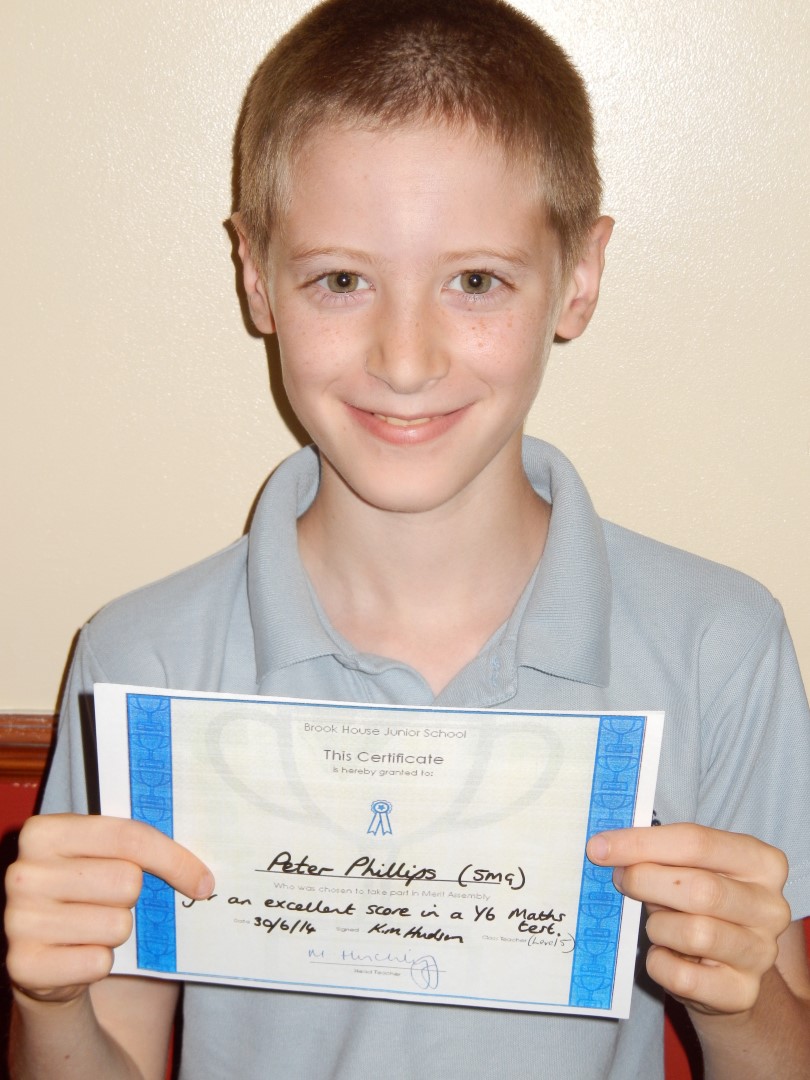 Then in June the boys had their school sports day, bit nervous about this as it was Lukie's first sports day in Junior school and he was pretty nervous up to the day as there would be lots of people there. The weather was glorious and the event went off wonderfully, Lukie really enjoyed himself and both boys had lots of fun doing the different activities. 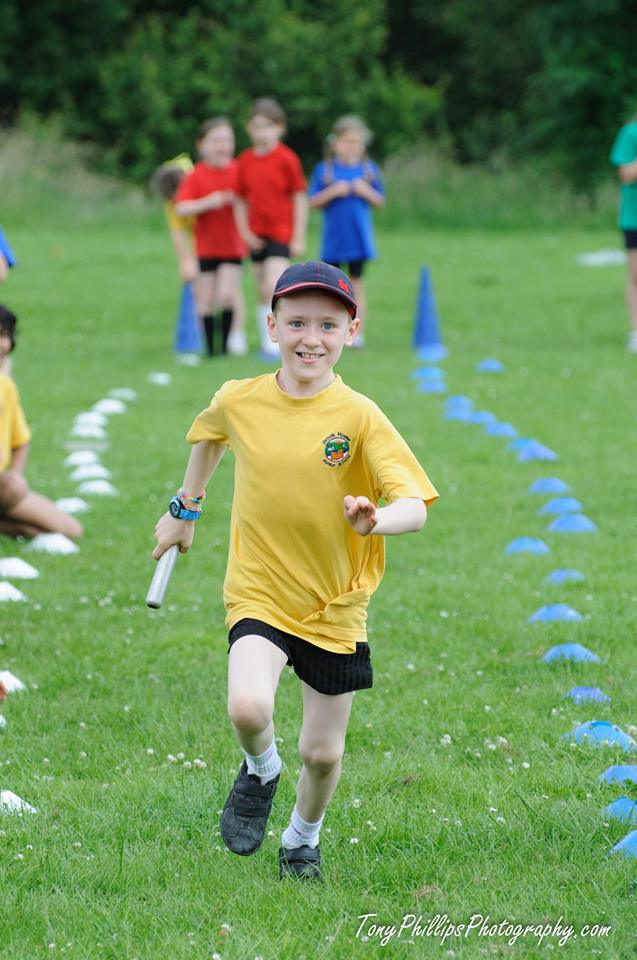 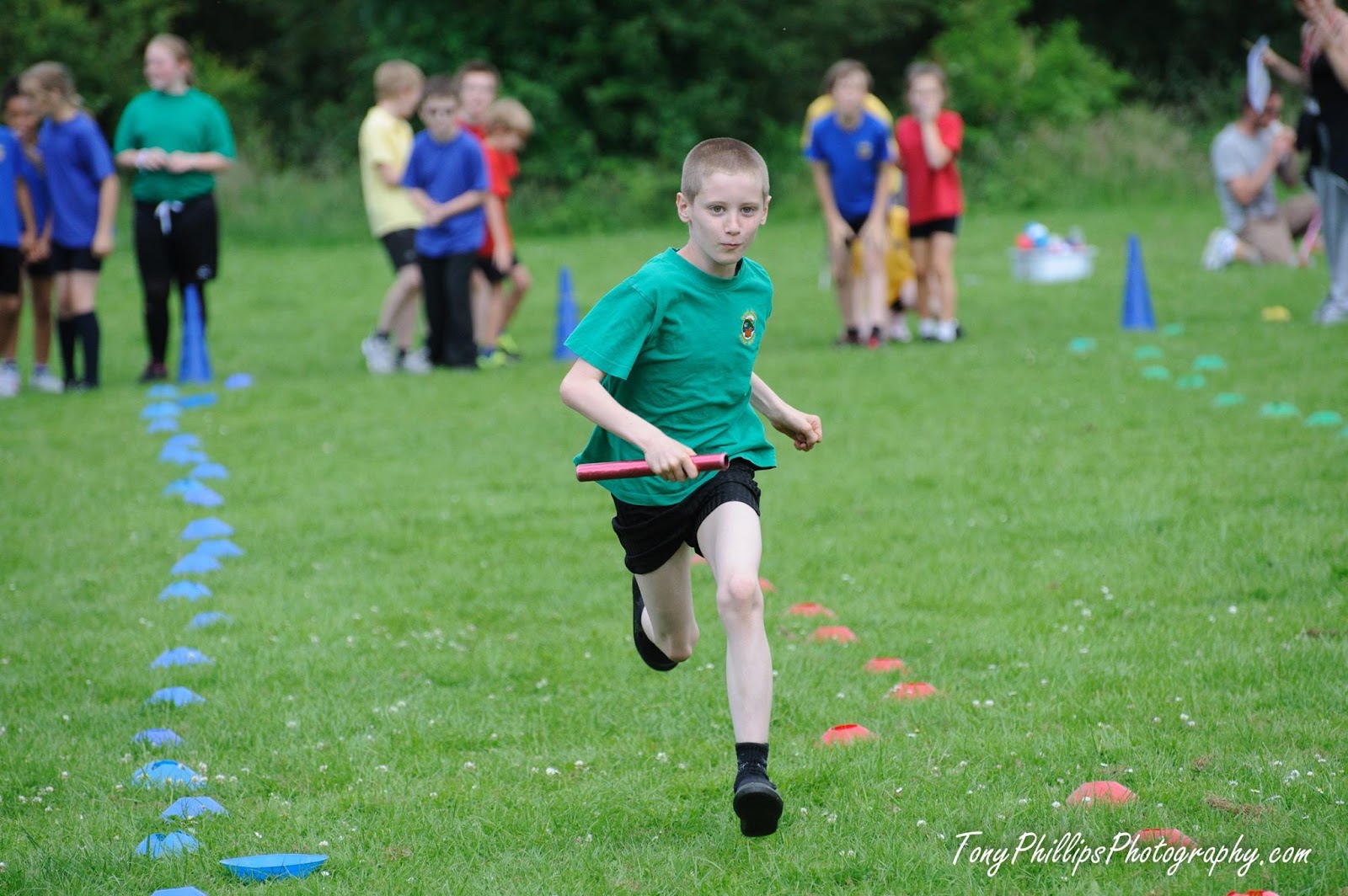 Peter is in Green for his house Welbeck.


Luke is doing wonderfully at his piano lessons and from September will be having them 1 to 1 rather than shared as he is at the minute. I can actually tell what tune he's playing when he practises at home now!!  Academically Lukie seems to be doing amazing considering what he started off at in September last year. We can't praise and thank his school (Brook House Junior School) enough as his confidence in sitting to do his reading/writing and maths at home has grown so much.

While Boo was enjoying himself at Walesby we took Lukie and Darcy to Bolsover Castle in Derbyshire. They adored it and loved watching the horses (no photos of the horses as the show is in a small building and the horses are very sensitive to noise) It's a fantastic place to visit, very child friendly, Lukie loved the castle itself. 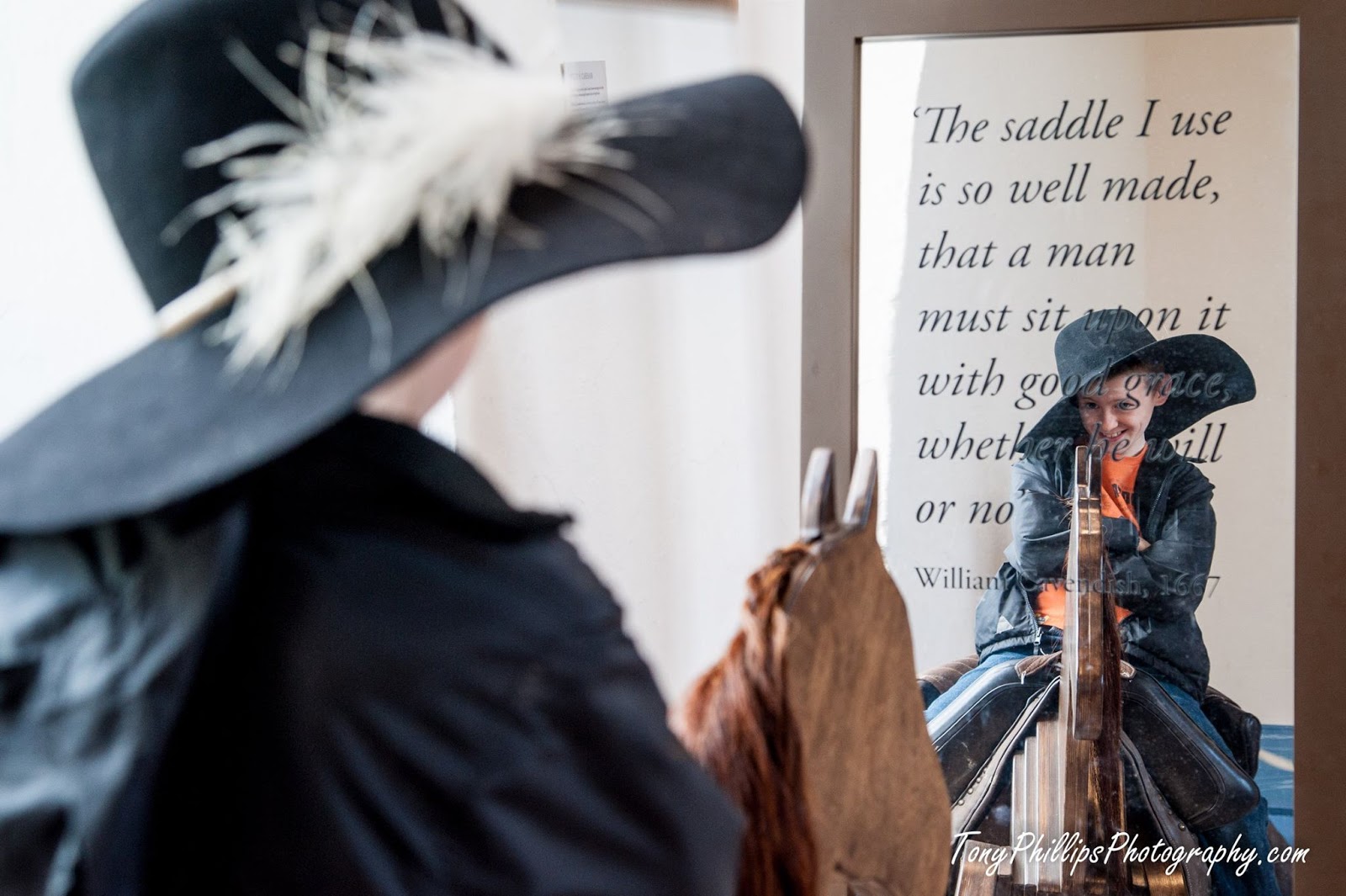 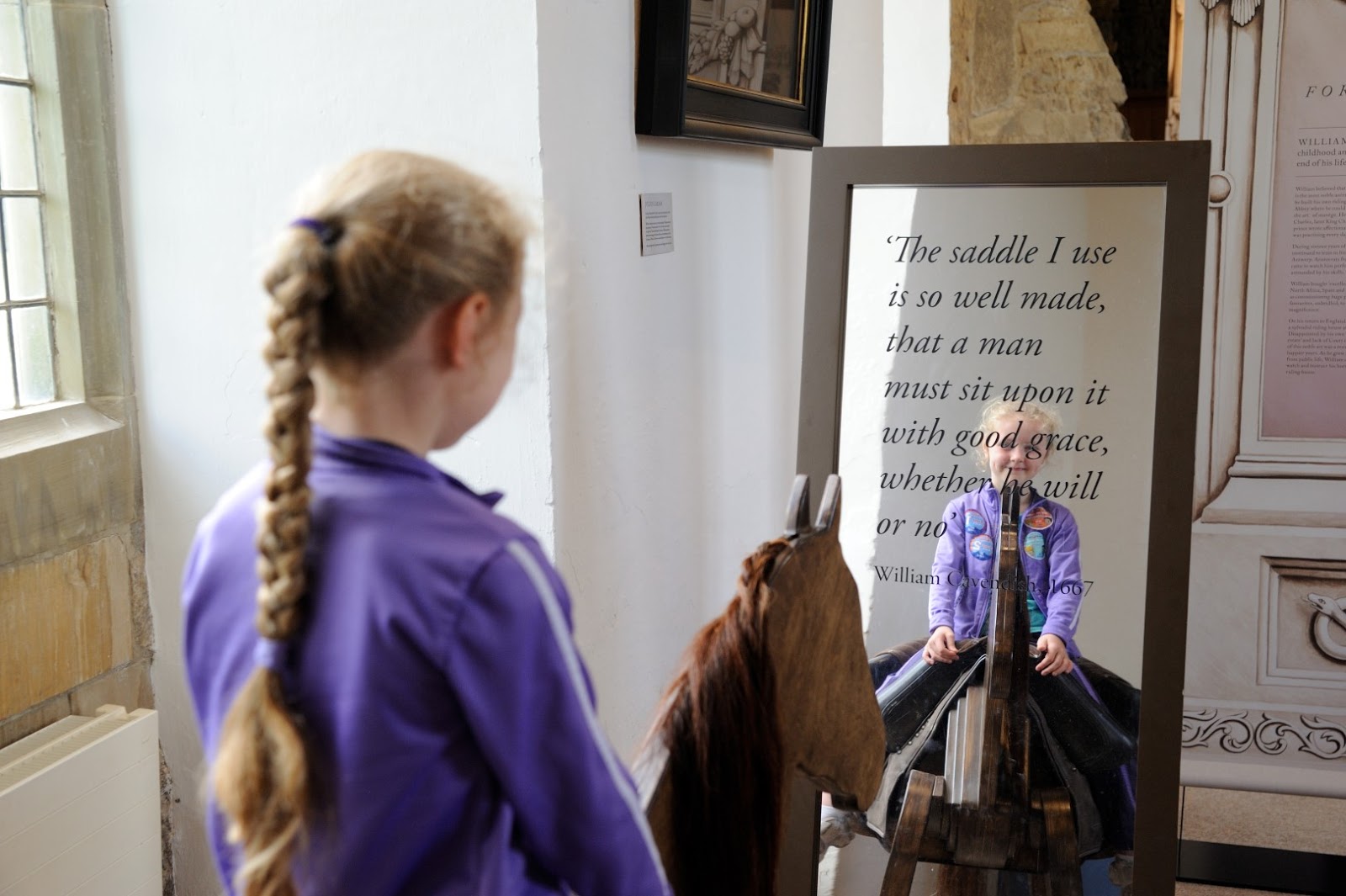 Darcy has her sports day in July but during June has been practising really hard for her ballet exam which is on 11th July. She's also been doing 2 swimming lessons for the past couple of weeks, her own level and the one above . Her teacher Claire says she's ready to move up and in the next week that will happen, she's over the moon as she loves swimming and wants to do synchronised swimming when she's passed all her levels.

Stitching Time...inbetween kids activities I have had time to put in the odd stitch here and there. Here's where I'm at with my projects including a new one I started...

page 8 is finished on my HAED :-)
I've started a new project based on the Game of Thrones books, just click the book title to go to where I bought it from. I'm stitching it on 32ct Ink from Sparklies. 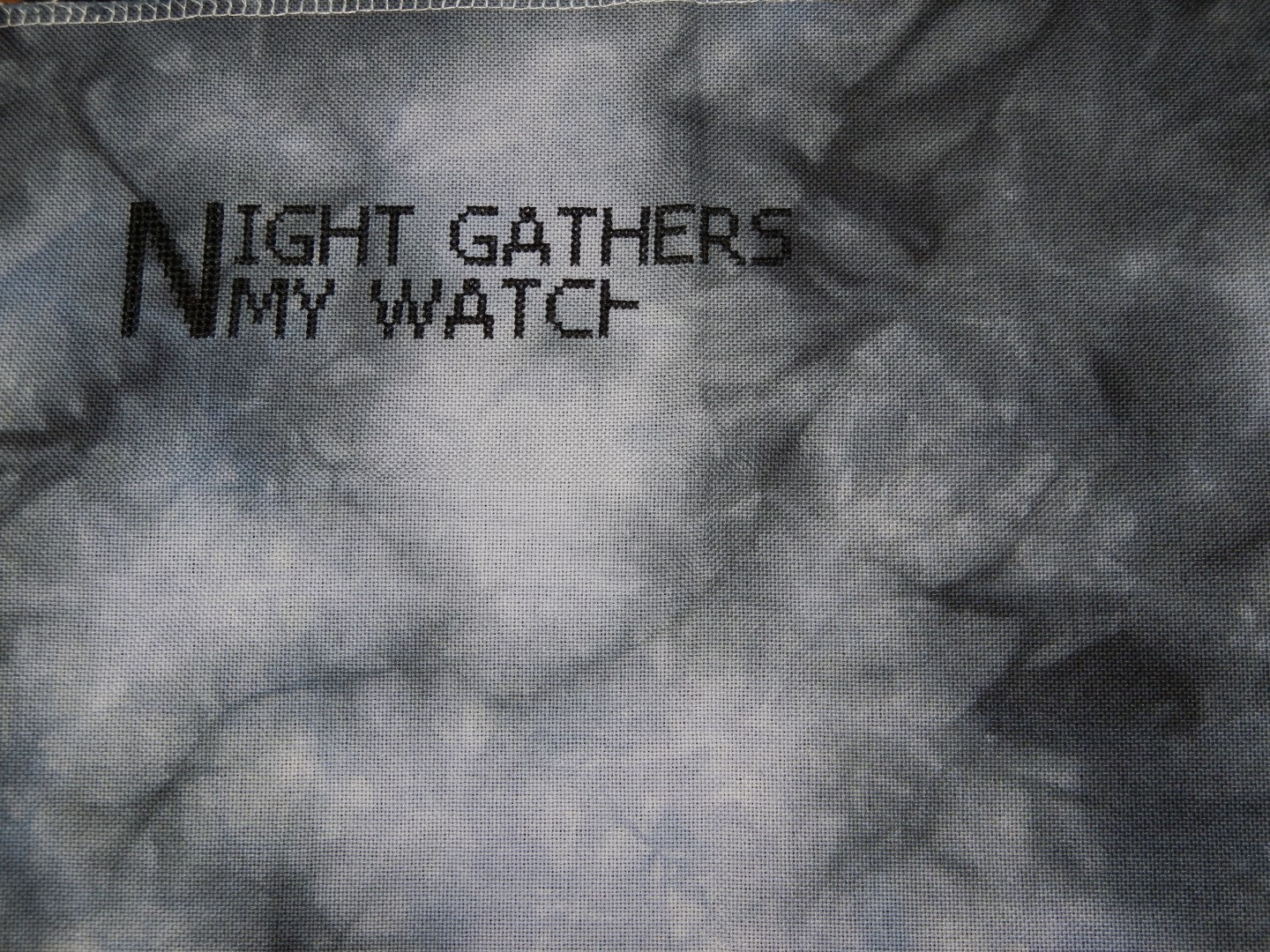 Anyone who follows regularly will have seen the 2 monarchs I've stitched so far on my Kings and Queens project. I've started Henry I so fingers crossed it won't be too long before he's up. I'm enjoying learning the history of each monarch as much as stitching them.

I've also started knitting myself an aran jumper for next winter. Not done much on it yet but here's the back so far... 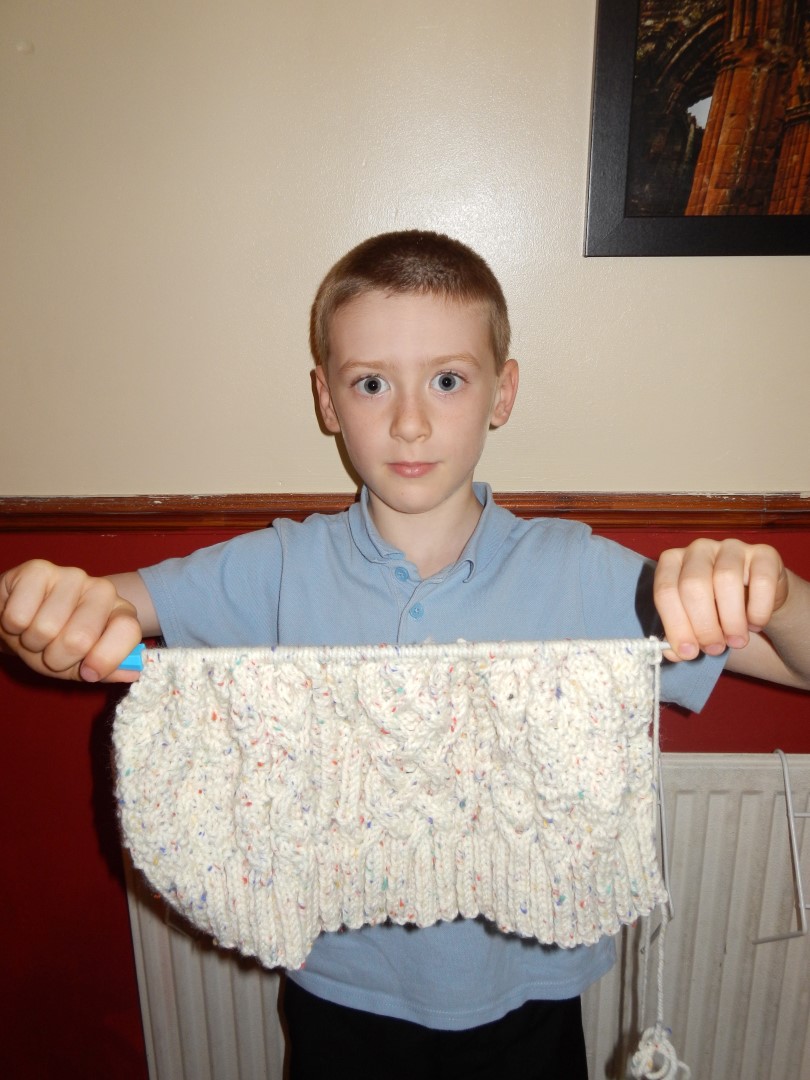 Let's now see how much I can get completed in July as the kids all finish school on the 18th for the summer. Peter Boo is in summer school at Westfield School for a week where he'll have fun doing science experiments, art & sports. We've still got a sports day, review, dance exam and (fingers crossed) taekwondo grading to get through before I can put my feet up and relax for a month...whew!
Bolsover Castle Cruising the information highway Dragon Dragons Academy Game of Thrones HAED Heaven and Earth Designs history Kids kings and queens knitting monarch Randal Spangler Stitching Taekwondo