By Jo - December 23, 2013
Wow has it been very damp so far this month here in Yorkshire, we feel like we're in a constant shower some days LOL!

Stitching wise it's been pretty quiet as you can imagine with 3 children and their activities. I have managed to get some stitching done but not as much as usual, here they are...

DS1 asked if I could make his teacher and his teaching assistant something special for Christmas to say thank you for helping him in his first term at his new school. We spent ages scrolling through charts until he came across these on Craftsy, straight away he knew that's what he wanted making. He helped choose the fabric and put them together.

Finished putting part 14 together on my Around the World sampler, it was quite a quick stitch this time and some lovely stitches in it. 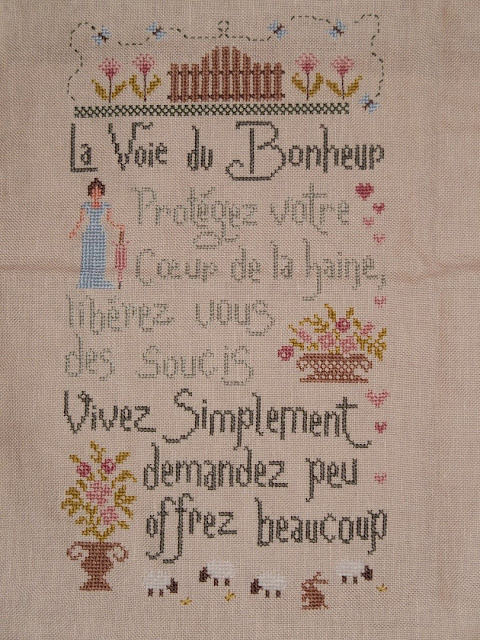 The kids have been super busy during the last month. DD had her nativity (can't show photos on the web as other peoples children are in them) she also was part of a small group of Y1 children who went to a Festive Sports Day where they competed against other children their ages from a few local schools.  Her ballet exams went well, she took her 2nd rosette exam and also her 1st pre-juvenile exam in ballet, the presentation will be next year. 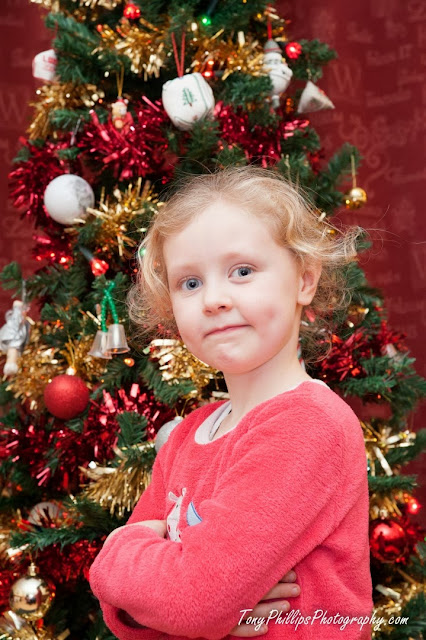 DS1 is his usual busy self with martial arts, swimming and other clubs. He's moving from the Cubs into the Scouts section from January so we need to buy him a new uniform, only just stitched the Artists and Faith badges onto his cubs sweatshirt LOL!  He'll be grading for his next Taekwondo belt in January and in February has a BTA competition lined up.
DS2 has been amazing in the last couple of months. As some of you will know Lukie has had some problems at school during his Y2, he moved to the Juniors in September and we worked with the school before he started so they understood his needs. I think the letter from Rygate Childrens Centre and a visit from our local special needs team helped as it gave them a base to start with. He has a wonderful TA who he absolutely adores and is loving school. At the end of July he couldn't even write his name, his reading was good because I read a lot with the kids but other aspects were what you'd expect from a 4yr old starting school. In 4 months at his new school with the help and encouragement of his teachers and his TA being with him so he feels safe he's like a different boy. His writing is coming along wonderfully, his maths is amazing and he loves doing extra work at home. On the last week they had a special trophy assembly where they give out merit certificates etc and he was awarded with the Y3 Outstanding Progress trophy. The best bit is he doesn't seem to have realised what an achievement it is and has taken it in his stride, though for us words cannot express how proud we are of him and how thankful we are that the school take the time to help and encourage him.  It's a wonderful feeling knowing that finally I can drop him off at school and know that he's safe and someone is there who he feels safe with and cares about his feelings/needs. 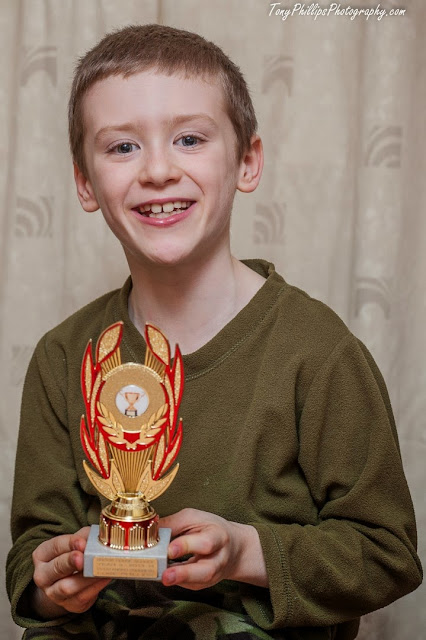