By Jo - November 03, 2013
After losing my stitching mojo somewhat in September I'm now back on a roll and have managed to get quite a bit done as well as being busy with the kids. Stitching first though....

I've started a new SAL called "Postitive Thinking" The chart itself is free and is in French, English, Spanish, German and Italian. It's a wonderful design, I'm doing the French version as some of my regular followers will know I'm a sucker for a French SAL LOL!

I've also been working on my HAED "Cruising the Information Highway" and have nearly finished page 4. Managed to get quite a bit of this page done during the kids half term as DH was off work as well :-)

Finished my "She Sells Seashells" all but a little bit of sand where I've run out of Peanut Brittle thread :-(  I'll have to wait until I visit Bakewell next to pick up some more but here's what it looks like.. 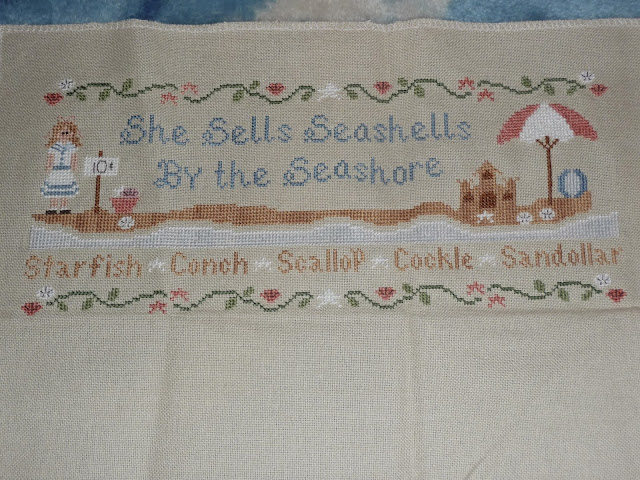 Not done much on my Papillon Creation SALs, CITA and ATW so no photos. Really need to make an effort to sit with the CITA as I'd nearly finished another part on it.

I have started a new project though. Another HAED but this time a Story Keep called Courage. This is my Martial Arts project; in other words I'm only working on it when DS1 is in his Karate or Taekwondo class. Here's what it will look like when done as I've not taken a photo yet, only done 200 stitches in black on the top left side.
Other news from Yorkshire now....been a busy couple of months here with the kids for one reason or another so I'll just show you as it'll be a lot easier LOL! 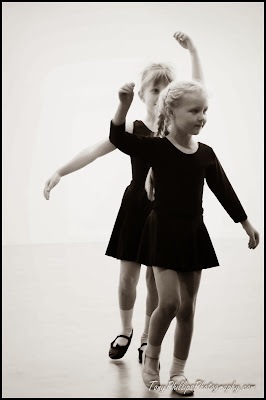 Darcy had her first dance presentation for ballet and tap in October. 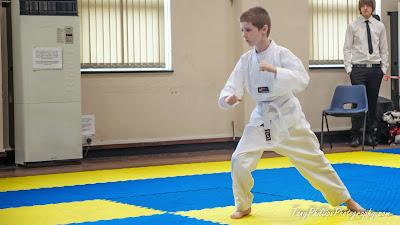 He was first up and the only white belt there but was so proud to hold his runner up medal. Says he definitely wants to do more Taekwondo competitions. 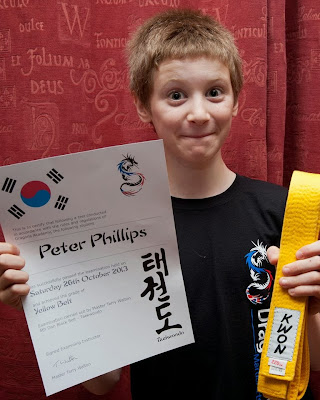 The weekend following the competition Boo graded for his first Taekwondo belt. He couldn't stop smiling when he got home and show his dad. 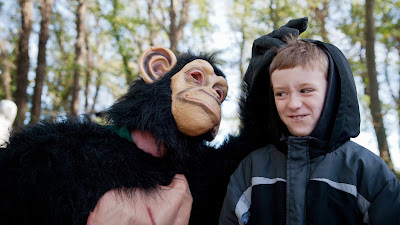 Luke and I went to the Anston Butterfly House on a school trip. He enjoyed it so much he wanted to take his brother and sister whilst on half term. Here he is on that visit after making a new friend who he called "Uncle Graham" after his real uncle. 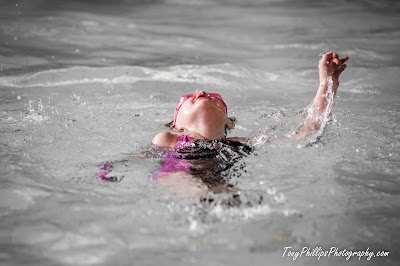 Darcy received her 25m badge in her swimming lesson at the beginning of half term. She was so proud of herself for getting into the deep end and swimming all the way down without putting her feet down once or stopping. 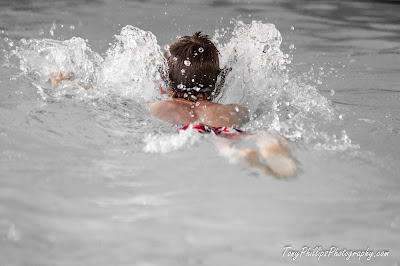 This weekend it was Boo's turn as he spent his swimming lesson swimming constant lengths and gained his 400m badge. Boy was he exhausted by the end of the last length, you could tell as his arms were getting slower and slower!!
Cruising the information highway Dragon Dragons Academy Finishes French SAL HAED karate Kids Randal Spangler Taekwondo WIP