By Jo - July 31, 2013
Yes here in the UK during July summer definitely arrived. We had weeks of very hot weather that meant my stitching came to a standstill as it was just too hot to stitch. I did manage to read quite a bit though and finished the Game of Thrones series, was totally fed up at how the last book ended though as I had questions on what happened to characters that had gone off earlier in the book but never heard from again :-(

I've worked mainly on my HAED in July and finally finished page 3 on the 30th at 11pm...refused to go to bed until the last stitch on that page was in LOL!  Here's what she's looking like and page 4 all printed and ready to go.. 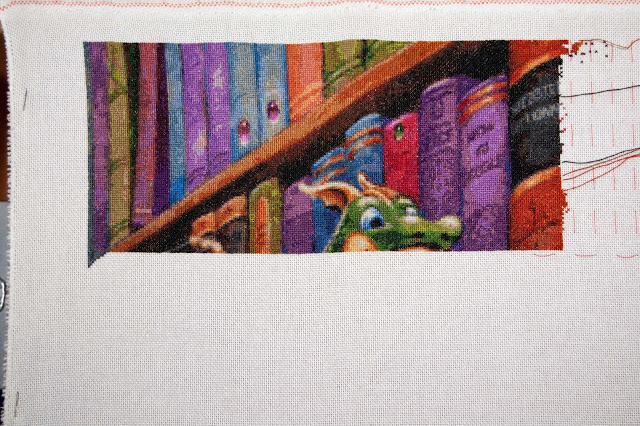 I've also done a bit on my Lavender Needlecase, not many more stitches to put into this now before I can put it together. Want to do it before our holiday in Scotland so it can hold spare needles. 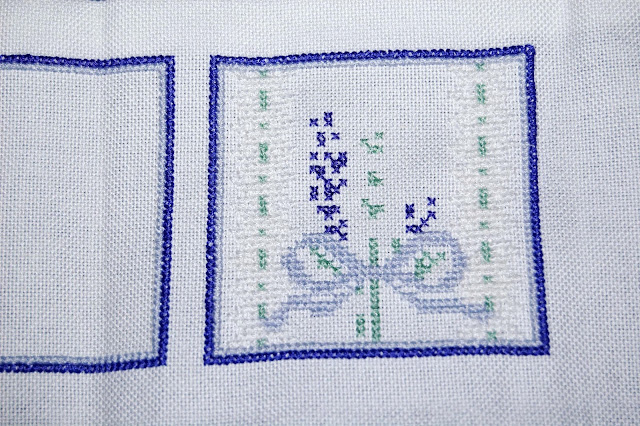 Part 13 of ATW has been released but not starting it until the kids are back in school in September. Did work a bit on part 13 of my CITA but not done much of it as the heatwave hit, here's where it's at so far though... 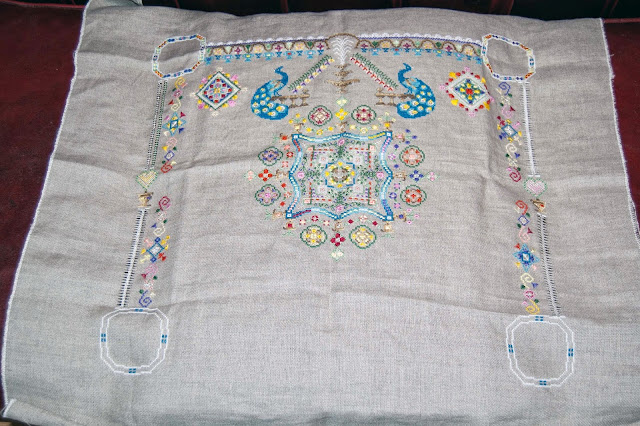 AND I realised that I haven't posted a photo of my completed Confetti of Hardanger that I finished a while ago, here's what it looks like. It's going to hang in our lounge as it matches the colour scheme in there. Seriously love the Aries fabric from Sparklies so going to find something else to stitch on this colour :-) 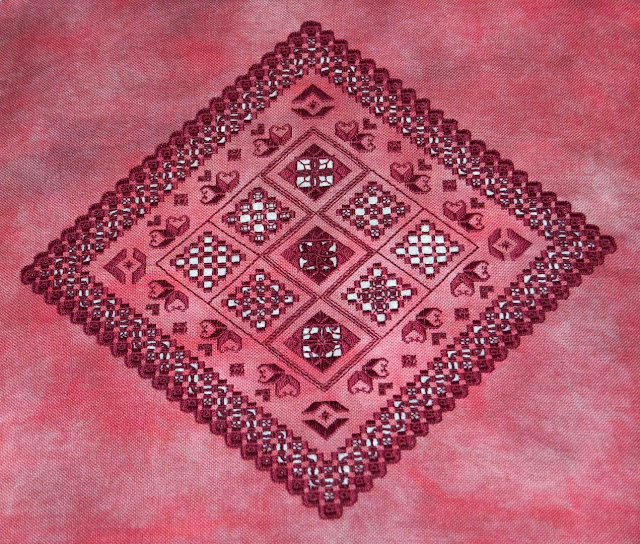 Finally the kids have been out and about a bit in July. DS1 had his 9th birthday and we bought him a Kindle Fire filled with his favourite authors books so he's been pretty quiet in the house!