By Jo - March 14, 2013
Lately my stitching mojo has been on a little break, I put it down to the weather. One minute it's cold with snow and the next spring is coming, then snow again :-(  Some nights I'm so tired and cold that the thought of picking up a needle doesn't enter my mind.

Mind you I have managed some stitching inbetween the kids activities....here's where I'm at: 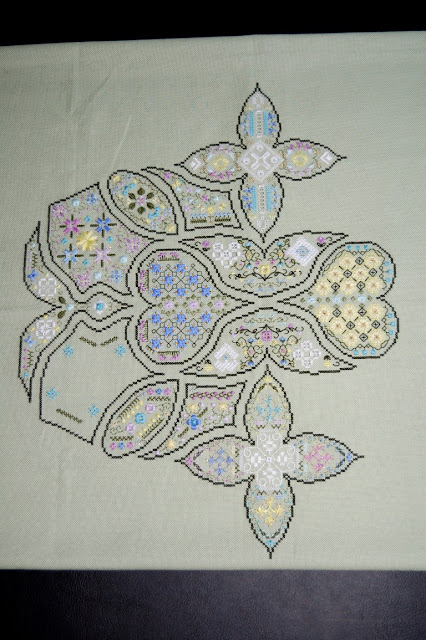 Around the World in 80 Stitches - speciality version
Papillion Creations 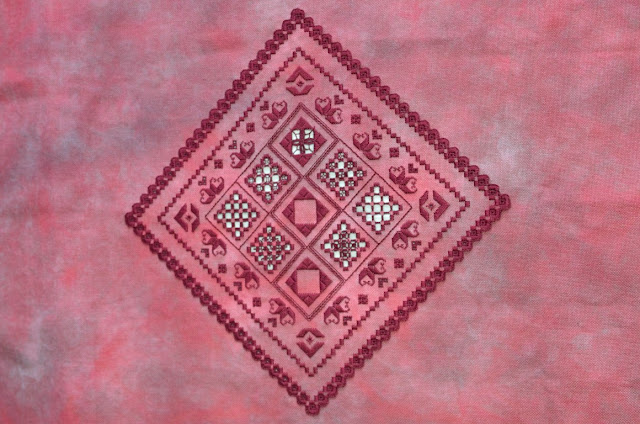 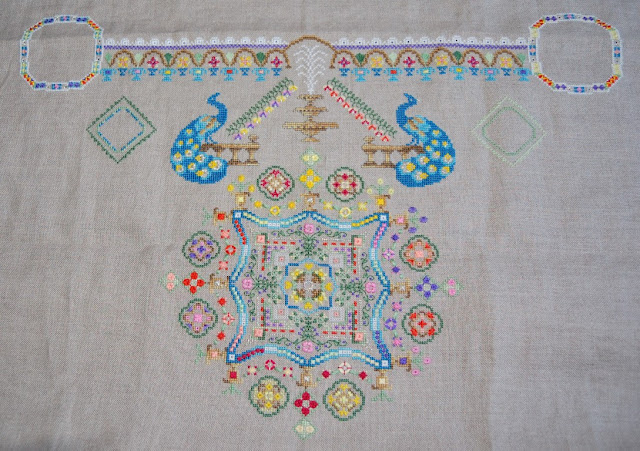 Castles in the Air
by Papillion Creations 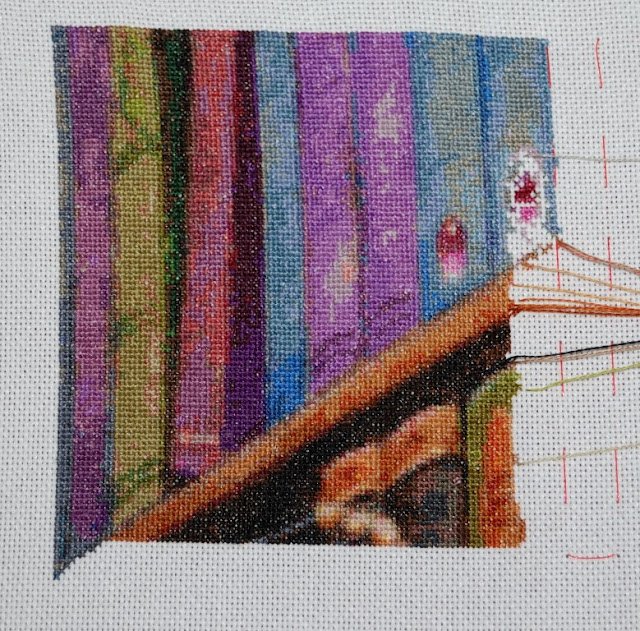 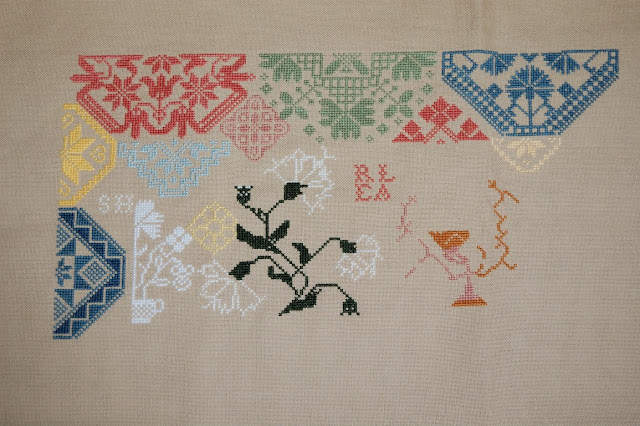 In March Lukie passed his dance exam which was the Waltz, no pictures of his presentation yet as it's in April. He's now learning the Jive for his exam in September. His piano teacher says he's doing really well so fingers crossed he can carry on with his lessons when he moves school in September.

Peter Boo graded in his traditional karate class and gained his orange belt, he's now training for his green which hopefully he'll be taking in August/September. He's also grading this month for his 1st Dan Black Belt in All Styles karate. I'm hoping to cut his classes a bit from 4hrs a week to 2hrs sometimes 3 then!!

Darcy is practising hard in her Tap and Ballet classes. She's working on a piece from Swan Lake for her ballet exam, don't know when it is yet but she's enjoying herself immensely.  Her other big news is that she no longer wears armbands in swimming class and can happily swim without them, her little face lit up the first time she swam on her back on her own :-)

AND ME???  Apart from feeling like I'm running a taxi service I'm managing to get quite a bit of reading done waiting around for the kids. DH and I are working this Sunday at the WTKA Best of British Fighting so no Sunday stitching for me :-(  Going to be a good day though as there's some wonderful kickboxing talent coming through from the younger end, heavy guys aren't on til late so I'll be flaking in a corner by then!!

Hope you're all getting plenty of stitching done and thank you for your wonderful comments and emails.
Around The World in 80 Stitches Castles In The Air CITA HAED Hardanger Heaven and Earth Designs karate Kids Mary Wigham SAL Stitching WIP