By Jo - July 23, 2012
During July I've managed to get some work done on Around the World in 80 Stitches and Castles In The Air by Papillion Creations

Finally after many months I've finished part 3 on CITA, here's what it's looking like... 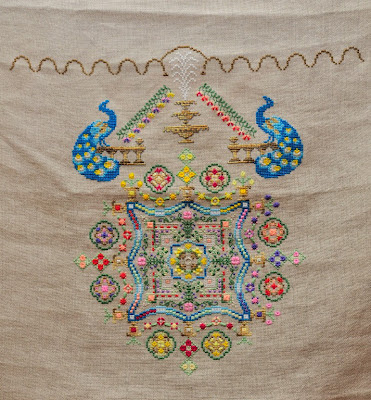 I've nearly caught up with ATW, part 4 was released during July and I managed to finish part 2 during the week. Must admit that I didn't like the Mordvinian Stitch at all and frogged it after using 2st of white changing it to perle.  Started on part 3, this part has 2 versions; a cutwork and a speciality. I've decided to use both so  the side petals will be in speciality and the vertical petals in cutwork. 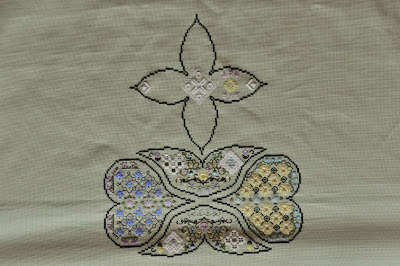 I've also been working on some of the  TAST challenges, you notice I say 'some'. That's because some of the stitches I've used so frequently in lots of different ways that I will admit that I've skipped that week and waited for something that I've either not done before or that I need practise on.

Here are the 2 pieces of work that I've put some of the challenges onto, there are also stitches on them that haven't been in the challenges so far.... 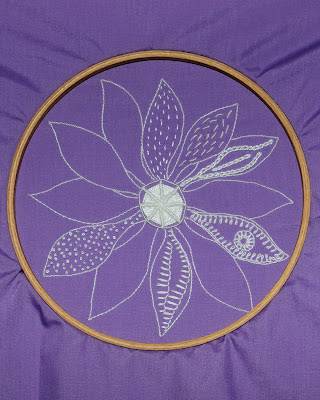 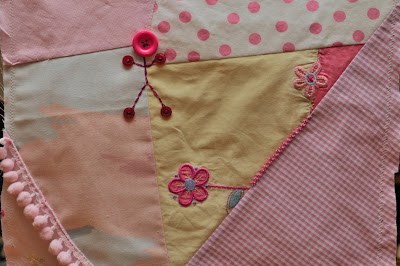 
Finally our daughter Darcy finished nursery on Friday 20th as she'll be going to 'big' school in September. The nursery had 28 children leaving so decided to hold a graduation party for them all...here's a photo of Darcy at her graduation. 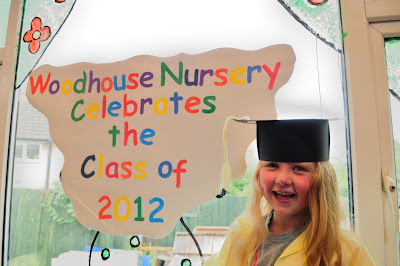