I've been stitching every chance I get since the kids went back to school. My main project is still my Darcy photostitch but I've also been working on my SALs and a couple of smalls. The boys have been rehearsing for their karate show which had to be postponed from December due to bad weather. I didn't take much stitching with me to Sheffield Dragons as there were so many people around that I didn't get chance to stitch.

Here is an update on Darcy...DH says she doesn't look like she's got leprosy now! 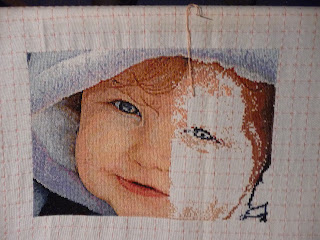 Here is my  Tree of Stitches SAL up to part 2. I've decided to use the different variegated threads by DMC and Anchor for this project just for a change. I'll pick which one to use everytime the new part comes out. 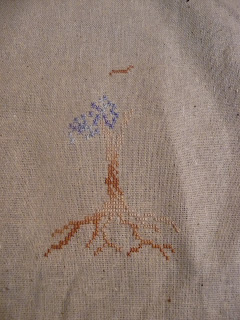 One of my smalls was for a snowflake exchange, I decided to stitch two different designs on the one ornament.  This is what I received in the same exchange from Carla, DD loves the bag but I'm going to use it for hanging on my Lowery for the orts to save them just sitting on the sofa arm. 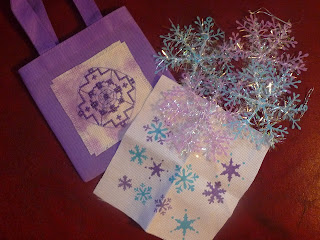 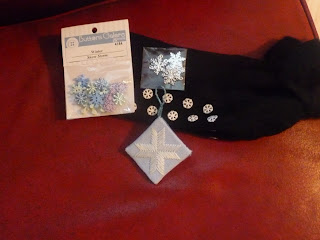 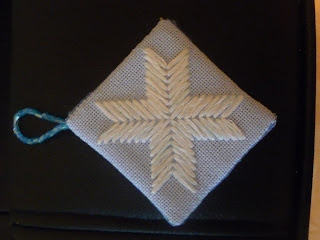 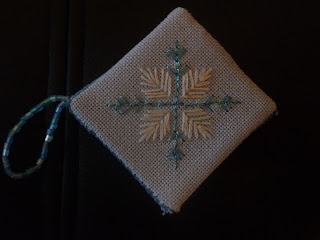 Finally here is the Coffee Menu I stitched for DH for his coffee wall which is above the computer. I can't get the same black frame as the other two as they're no longer available but it'll still get framed in black. It's a bit creased but he loves it. 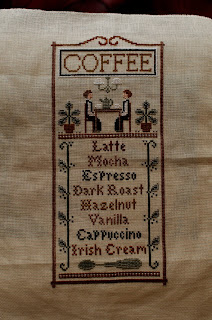 I also received from Mouse an ornament this month. In November last year a few of us from Friendly Stitchers went up to Harrogate for the stitching show. We all stitched something for a bran tub, but a couple of us had left them at home (yes I was having a brain cell missing when I left mine!). Instead of picking one each at the show the ornaments all went to Mouse and she drew names for who got what. Mine was actually from Mouse and here it is - ﻿ 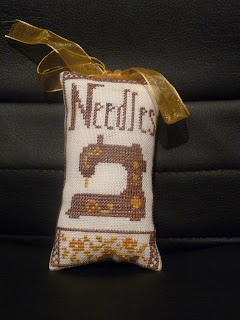 I also finally gave my mum the flatfold I'd made for her, here is the photo. It was my first flatfold and I enjoyed doing it. Learnt a few things along the way that I'll do differently next time. They're so easy to do and very satisfying when it's done. 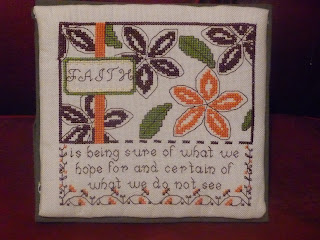 These are a few photos of the boys in their karate show at Sheffield Dragons. DS1 Peter is in the blue suit, and DS2 Luke is a Little Dragon and he's in the orange. I'm so proud of them that they took part, especially Luke as he's so shy in front of strangers. It was a fantastic show so a HUGE clap for everyone who took part and to Master Terry and Sensei Lucy who run Sheffield Dragons and all the other staff who teach the classes. DD has now joined her brothers in karate class, after speaking to her Sensei Natasha  she seems to be settling in and getting the hang of it....mind you watching 2 big brothers practice constantly at home I'm not surprised LOL! Little piccy of our baby dragon at the bottom ;-) 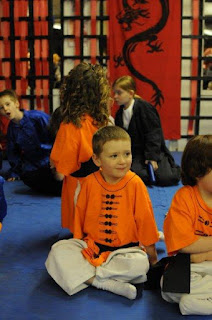 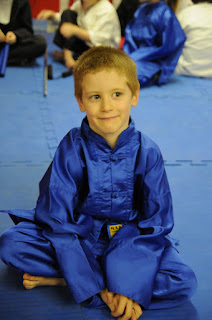 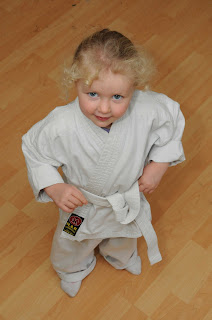