A visit to Scotland

By Jo - November 06, 2010
Where has the time gone since August? As most people know we went off to Southerness in Scotland for our holiday in August, have to say it was absolutely fantastic. The weather was lovely and we spent everyday doing something, not necessarily off camp but the kids were definitely kept amused. There was a soft play area in the main building on camp where the kids spent many an hour playing while DH and I took advantage of the free Wi-Fi to hook up our laptop...couldn't be away from the internet for a whole week now could I?? 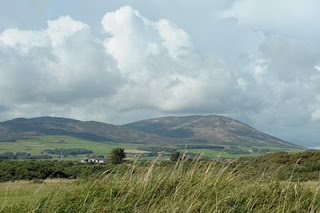 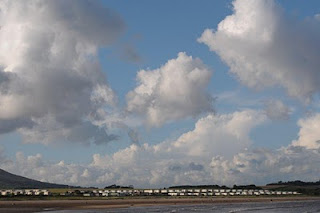 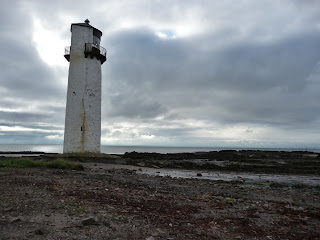 This last photo of the lighthouse in Southerness was taken in the evening by our 4yr old son Luke with the Panasonic Lumix that he seems to have taken possesion of!
Here are some photos of the places we visited.....Sweetheart Abbey (def Luke's favourite place) 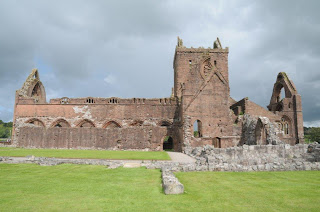 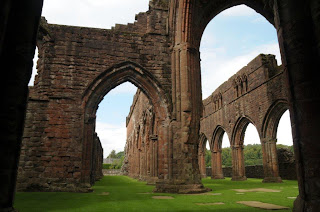 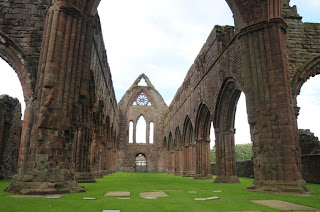 Mabie Farm Park (only went in for a couple of hours and had to drag the kids out 5hrs later...recommended for anyone with kids!) 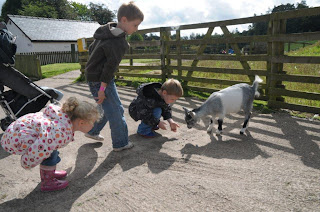 Dumfries (lovely little town, the kids loved eating sandwiches watching the ducks on the river) I did manage to pick up a couple of embroidery books while wandering round so I was happy. 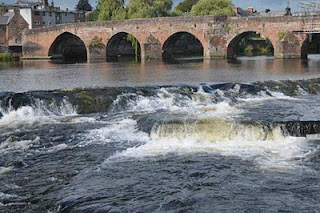 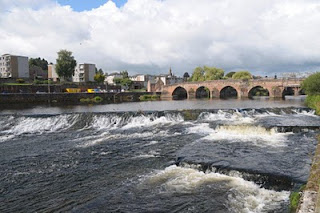 Ayr - although I dropped DH and the kids off in town, met Ally who I know through the Friendly Stitchers Yahoo Group and we went up to Maureen's (another stitcher from FS) and had a fab couple of hours gossiping about stitching etc. 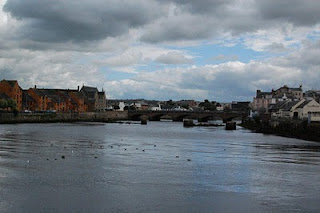 The National Museum of Costume where they had a special display of wedding dresses from different tv dramas and films...I ADORED THIS..the kids weren't that bothered but a quiz kept DS1 amused and DS2 dressed up in an old fashioned sailors outfit so he was happy. 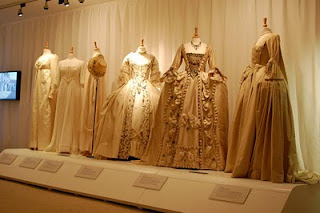 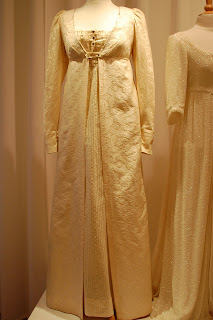 The photograph on the bottom is the wedding dress that Elizabeth Ehle wore in the BBC version of Pride & Prejudice.


The only thing the kids were disappointed with was that the men weren't all wearing skirts....thank DH for that one as he'd spent the previous few months telling them that they wore skirts! No matter how many times I explained about the kilts they wouldn't accept it...KIDS! We did buy DD a little kilt from a shop in Dumfries though, couldn't resist it as I had one just like it when I was small. She wore it to my cousins wedding earlier this month and looked so cute. The second photo is of Darcy and her cousin Cody who was bridesmaid (it was her parents wedding). 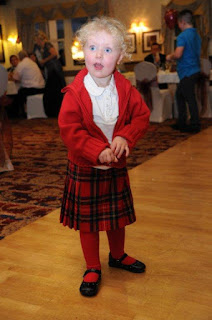 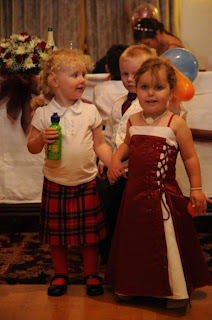 Well hope you're not totally bored now...had hard time picking some photos as DH took absolutely loads and most are fantastic. Next year we're heading the opposite way out of Southerness to explore that side!﻿ A catch up on my stitching will be along soon...just got to take photos.
Hello Kids Stash